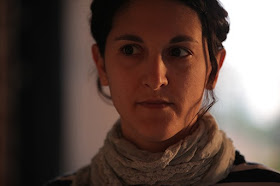 Note: Dafi Altabeb's quotes have been incorporated into this story and have been edited for length and clarity.

During the fall semester, the Emory Dance Program has had the honor of hosting Israeli guest artist Dafi Altabeb. So far this semester, she has held a creativity talk with Dance Program Director Lori Teague, while also teaching the Modern IV technique course and choreographing a piece for Emory Dance Company. Altebeb’s impressive career includes performances of her work in major international venues. She is a three-time recipient of the Israeli Ministry of Culture Excellence Award. Although Altabeb’s schedule is fairly busy, she took some time for an interview about her life as a choreographer.

Background
While she did not envision growing up to be a choreographer as a child, Atlaben has always been interested in movement and dance. She was inspired at a young age by the Olympic games and movies with dance in them, and would imitate the movements that she saw. Altabeb, who originally wanted to be a veterinarian, began her journey as a choreographer by choreographing for a big festival in her town for many age groups, in which she won first prize awards.

Altabeb, who has been dancing for much of her life, began her training as a member of a folklore dance company that solidified her performance skills. In addition, she took daily classes in a variety of genres and techniques. Once she began college, she began dancing every day, with at least half of the day dedicated to technique classes.

Teaching and Choregraphing at Emory
This fall, Altabeb is teaching the Modern IV advanced technique course, which she has described as challenging and rewarding at the same time, as this is her first time teaching a full-semester course. She focuses on having students use the floor, the wall, and each other to experience support during movement, and how these supports an teach students to get power from it and use less force by themselves. She focuses on "leaning" in movement through combinations on the floor, using the wall, and in the center. For example, she has students perform a plie exercise while leaning on the wall.

Altabeb is one of the choreographers for the Emory Dance Company this season and when asked about how she cultivates movement, she responded: “Emotions drive me to create. It is usually what I and others feel about a subject. It is usually a topic that I am dealing with." Altabeb describes her movement process as bringing a theme into the studio and hearing what others have to say about it. Altatbeb and her dancers then work with improvisation games that will build the first material for the piece. She records these improvisations and watches them with her partner, Nini Moshe, and pulls movements that captivated them. Altabeb then chooses movements from the videos, and with the dancers, develops them, changes them, and works on their dynamics, tempo, movement qualities, etc. to ultimately create a piece that in the end is not improvised at all.

The Importance of Travel

Altabeb states: "Traveling abroad is the highlight if my career. I’m grateful that my art can be seen all over the world. It is really exciting to see how other people around the world react to my pieces. I love seeing how dance can communicate in such a global way, without using words."

One of Altabeb’s most exciting travel experiences was when she was commissioned to create a full-length piece to be premiered in an archaeological site on Naples. Six dancers performed sensitivity to heat, with a soundtrack based on Italian operas. The site had “a very special location on the sea and the audience came into the site threw a tunnel with lamps. It was a very important turning point in my career and a huge thing that happened to us.”